Saudi Arabia is not a country that attracts huge numbers of tourists, unless they are heading to Makkah on the Hajj pilgrimage. Well the country is planning to change that by investing millions of dollars into their tourism industry. They hope to pull themselves away from their reliance on the oil industry and make tourism their big money earner.

With strict laws against alcohol and big restrictions against women, it remains to be seen whether they’ll be successful or not. There is also the issue of their human rights violations.

The Saudi Kingdom is already the home of Mecca and Medina, two of the most important sites in the Islamic faith, and it has developed a sizable and growing industry for religious visitors. According to figures from the World Bank, the total number of tourists arrivals to Saudi Arabia reached over 18 million in 2014, though the large majority of those visitors are said to be religious visitors or pilgrims. The obvious problem of only inviting lots of pilgrims is that they tend not to be big spenders! 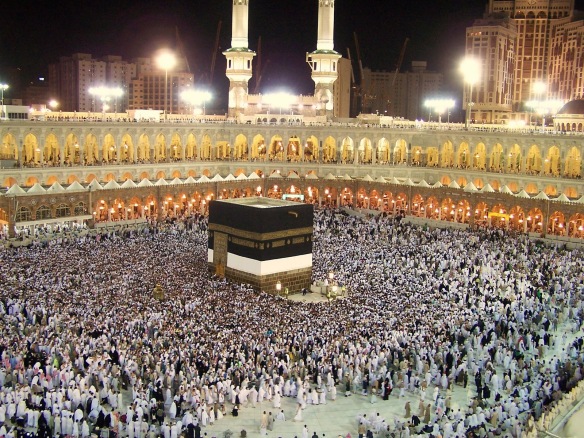 Pilgrims walking around the Ka’ba above, and on Mount Mercy on the Plain of Arafat below: 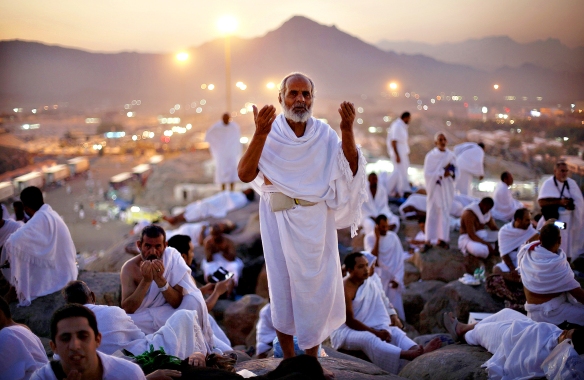 Finally the enormity of Hajj is shown by Tent City: 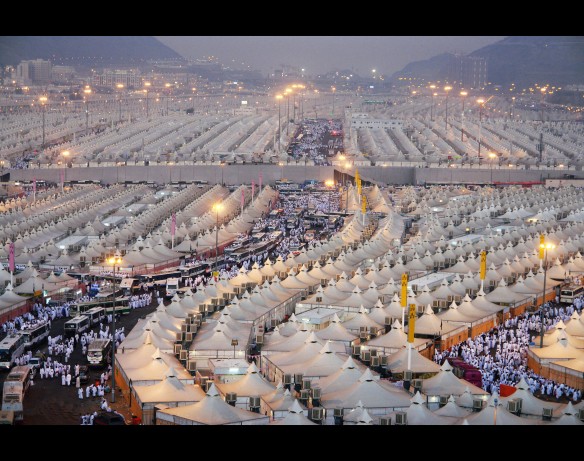 In a couple of weeks Year 9 students will be studying about Hajj; the Muslim pilgrimage to Makkah in Saudi Arabia which all Muslims hope to achieve at least once in their lifetime as part of the 5 Pillars. We also mention Saudi Arabia a couple of times in our GCSE classes when we talk about homosexuality, human rights, non-secular governments, women’s equality, capital punishment and prisons. So I thought it was time we had an in-depth study point here on our WordPress.

Here is where Saudi Arabia is located in the world: 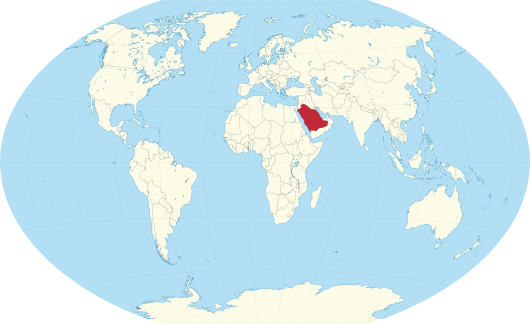 Meanwhile this maps shows some of the important cities in Saudi Arabia:

On the Lonely Planet travel website it says its an amazing and beautiful country but incredibly difficult to get in to. Weather wise in November –March there are cooler temperatures make daytime weather bearable and nights surprisingly chilly. Whereas from April –October the daily temperatures are above 40°C and there is high humidity along the coast. This is when the month of Ramadan will fall which shows how tough it must be for Muslims to fast. All year round the Red Sea has excellent diving visibility but in the summer mornings dives are best. 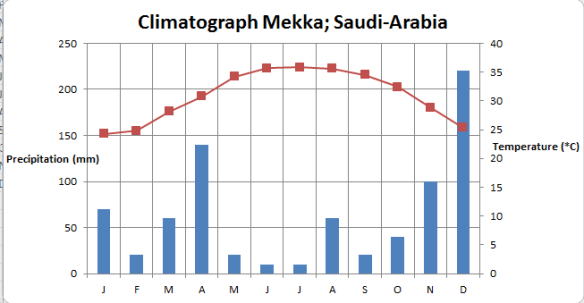 Last week the British Prime Minister was making proud comments about the UK selling huge amounts of BAE defence equipment to Saudi Arabia on the same day that the EU Parliament voted for an arms embargo on the country. Embarrassing! Embargo means an official ban on trade or other commercial activity with a particular country. The reason the EU aren’t happy with the Saudis is their bombing of the Yemen, which is just to the south of the country. Why the Saudis are bombing the Yemen goes back to the divide which Year 8 students learnt about within Islam: the Sunni and Shia denominations. Saudi Arabia is a Sunni Muslim country whereas the Yemen has just been taken over by a Shia group called Houthi rebels. Saudi Arabia and its Sunni allies believe that Iran (Shia) is behind what’s happening in the Yemen and so want to stop the rebels taking power and control.

That was all hitting the news last week and bubbling along without many people noticing but today there’s been more headlines created by Saudi Arabia. A Saudi man has been found guilty and sentenced to ten years in prison and 1,000 lashes for proclaiming his atheism on social media. I think what has been most offensive to the Muslim government in Saudi Arabia has been his criticism of the prophets and Qur’an; unforgivable in Saudi law. If you are an atheist in Saudi Arabia you are seen as a terrorist as their law defines terrorism as “calling for atheist thought in any form, or calling into question the fundamentals of the Islamic religion on which this country is based”.

A statement on our 2013 Unit 8 Mock Exam: “People must use scarce natural resources for the world to improve.” Do you agree or disagree?

Well right now in Paris some countries are blocking the climate change talks because they want to protect their place as leaders in the global oil trade. Saudi Arabia is one country which is being accused of blocking changes such as aiming for the more ambitious target of only causing +1.5C in global warming rather than the current +2C change. They’ve also objected to other plans which they say are too harsh and will stop the development of LEDC’s.

I do believe we talked about this very point this afternoon in Religious Studies when faced with the statement “People must use scarce natural resources for the world to improve”!

As we move on to a Section about Crime and Punishment in our Year 11 RS lessons, it’s worthwhile following the news about different ideas on what punishments are necessary for crimes. 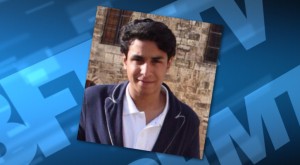 In Saudi Arabia a seventeen year old found guilty of sedition (speech or organisation against the government which might get others to rebel), rioting and robbery was sentenced to crucifixion – beheading followed by the public display of his body.

The BBC is reporting how Ali Mohammed Baqir al-Nimr’s mother has appealed to President Obama, the most powerful man in the world, to stop her son receiving such a violent punishment. Mrs Ahmed told the Guardian on Wednesday: “[Mr Obama] is the head of this world and he can, he can interfere and rescue my son… He would be rescuing us from a great tragedy.”

Continuing on the Guardian his mother speaks (4 minutes) about what’s happened and how she doesn’t think the punishment for her son is right.

Thanks to Joe Brown for drawing our attention to this news story.

Just after we’ve been discussing Hajj with Year 11 and how it is a pilgrimage to ask for forgiveness to Allah, this happens. It was even discussed in class about the huge numbers of people who are doing Hajj this week and you’ve got to be careful of the crushes. It had been thought that health and safety at all the main points of the pilgrimage had been improved in recent years. Seemingly not.

In class we watched this informative video about American pilgrims going on Hajj and how they wanted to seek forgiveness.